As a Member of Parliament of the Sixth Convocation of the Milli Mejlis of the Azerbaijan Republic, I would like to express my gratitude in advance for your attention and to draw your attention to the fact that, unfortunately, Armenia’s aggressive policy against Azerbaijan in the region has once again led to the death of innocent people.

Starting from the night of July 12-13, 2020, as a result of ceasefire violation by the Armenian armed forces and firing of Azerbaijani armed forces’ positions in the direction of Tovuz region using artillery mounts, 12 Azerbaijani soldiers were killed and many of our soldiers were seriously wounded. Also, Azizov Aziz Izzat born in 1944, the resident of Aghdam village, Tovuz region, was killed as a result of strong artillery bombardment of our residential points and villages. This event is not the first aggression of Armenian army to quiet residents at the period of ceasefire. These cases are repeating for years.

It is inadmissible, the world community and international organizations must say “stop” to aggressive policy of Armenia, it must support Azerbaijan and apply the most serious sanctions deserving to aggressor. The fact that civilians encounter the target of the enemy’s heavy equipment reveals the true face of the Armenian state. Armenia behaves itself more like a terrorist organization. Despite the peace talks conductied in the direction of settlement of the Nagorno-Karabakh conflict, the aggressor Armenia is roughly violating the format of the talks and pursuing a purposeful tension policy. So, it violates the process of talks roughly. Also, with such provocations, they want to distract  attention from the difficult internal socio-economic situation and involve the political and military organizations of which they are members in this process.

Though the Ministry of Foreign Affairs and Ministry of Defence of Azerbaijan informs OSCE Minsk Group Co-Chairmen states, UNO, European Union, other competent international organizations in regard to violation of ceasefire roughly by Armenia and bombarding of civil people from heavy arms, no pressure is exerted on Armenia. The said organizations must force Armenia to keep the regime of ceasefire urgently, must react to targeting the peaceful Azerbaijani population by Armenian military units and must reprobate it seriously. It is known that, all international organizations accept Nagorno-Karabakh and occupied regions as integral part of Azerbaijan. Therefore, Armenia violates ceasefire not in the territory of Nagorno-Karabakh, but in the direction of Tovuz region of Azerbaijan-Armenia border to involve CSTO in conflict.

The Armenian state pursuing a policy of aggression for almost 30 years, more than one million people of Azerbaijan have been deprived of the right to live in their native lands. The “so-called” elections and inauguration show held in Shusha in the last months, also the recent events occurring in Tovuz region have only a provocative character, exert serious damage to the process of talks and lose the patience of the Azerbaijani people.

I think that, the OSCE Minsk Group Co-Chairmen, which mediates in the settlement of the conflict peacefully, must take an objective position and must provide the execution of international legal norms and the relevant resolutions adopted by the UN Security Council in their activities. The UN Security Council resolutions 822, 853, 874 and 884 demand full and unconditional withdrawal of the Armenian armed forces from Azerbaijan’s occupied territories. The Azerbaijani people are quite dissatisfied with the activities of the OSCE Minsk Group Co-Chairmen and if such case continues, there will be no confidence in the effectiveness of the Minsk Group. In blatant violation of the UN Charter and other legal international obligations, Armenia has carried out military aggression against Azerbaijan and occupied Azerbaijan’s Nagorno-Karabakh region and seven surrounding districts.

As a member of the Milli Mejlis of the Azerbaijan Republic, I call upon the international community to condemn strongly Armenia’s policy of occupation against Azerbaijan and its provocative actions perpetrated along the border.

Deputy of Milli Mejlis of the Republic of Azerbaijan Fatma Yildirim 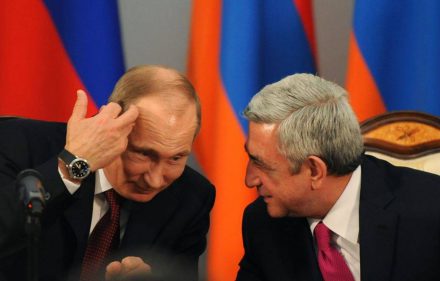 Bruce Fein: „Neither the US President, nor the American Congress, nor Yerevan have a legal basis to call 1915 genocide“