Reporters Without Borders is deeply dismayed that the journalist Gintaras Visockas, faces imminent imprisonment unless he pays expensive legal costs incurred when he was convicted in March of libelling an Lithuanian army general. The case was brought against Visockas, editor of the news website slaptai.lt (“secret.lt”), by the ex-general Česlovas Jezerskas over an article in which he was alleged to have suggested the former officer has been controled by the KGB. The journalist reported that Jezerskas was regarded as a master of martial arts, a discipline that used to be associated with the former Russian secret service.

In a grotesque ruling, a court in Vilnius sentenced the journalist to a fine of 15,000 euros for defamation and awarded costs of 17,000 euros against him, a decision based on the curious logic that “the facts revealed by the journalist are admittedly true, but could be misinterpreted or misunderstood by readers”. Visockas has refused to pay and could face at least 40 days in prison unless he settles the legal costs in the next few days.

“There is no proof to support this court ruling,” Visockas said. “There has been no opinion poll to prove that my words could be misunderstood by some people. I am now regarded as a criminal while the court itself admits that what I published was the plain truth.”

Reporters Without Borders offers its full support to Visockas who for months has had to face the consequences of a senseless court decision. If, as everyone agrees, the facts are true, there is no libel. The court cannot take the place of readers who are able to form their own opinions based on verified information.

The links between former members or employees of the Soviet army and the KGB are in no way a taboo subject and should be freely investigated. Lithuania, as a member of the European Union, has an exemplary duty to do so. The court’s surreal decision weakens this duty and implies that certain chapters of history should not be opened.

The disproportionately large fine puts considerable pressure on journalists who may want to tackle this subject. The application of such a decision could lead to self-censorship on a topic that is clearly of public concern.

In addition, we are extremely surprised by the strange lack of response on the part of the court of cassation to the appeal application lodged by Visockas, when it could have quickly put an end to this masquerade.

The Lithuanian justice system must urgently take up the case again and come to the only logical conclusion – a complete and immediate acquittal.

Visockas has already put the case before the European Court of Human Rights, but it will not be able to issue a ruling in time to prevent him from going to prison. We shall be paying close attention to any decisions affecting the case, which should be swiftly concluded. 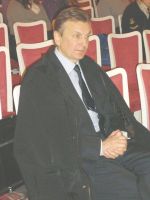 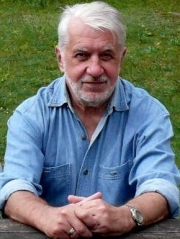