In times of geopolitical cold war every larger country or alliance aims to increasetheir zones of influence. All possible measures are used, starting with military and economic, ending with cultural and religious.

Sometimes it is hard to comprehend why the world‘s leading powers show interest in and invest in some country, which has no geographical relation whatsoever. However, influence is a very important thing and it does not matter if there is a big difference in geographical location, religion, culture or even economy. All leading powers and alliances try to influence other countries in Africa or South America.

It would be the easiest way to compare all these processesto expansion of retail chains in Lithuania. Sometimes Maxima opens a supermarket in a vicinity of another one – to ensure that IKI or Norfa would not take that place. It does not really matter that this supermarket will not be very profitable; however, it will be like an outpost, an obstacle for competitors’ influence.

Leaving all these introductions, let us proceed to the main topic of this article. What games do the European Commission, members of the European Parliament and politicians and diplomats of the US play with Armenia and Azerbaijan? What obstructs them from handling Nagorno-Karabakh conflict? Who profits from that the most?

In spring 2013, David Cameron, the Prime Minister of the United Kingdom, visited Moscow. President of Russia Vladimir Putin gave Cameron a bottle of 42 years old Armenian cognac, reminding him, that in 1945, in Yalta, during the meeting of the Allies, a similar bottle of cognac has been given by Joseph Stalin to the then Prime Minister of the United Kingdom Winston Churchill.

This example is very symbolic. The President of Russia who repeatedly shows respect to such historical figures as Ivan the Terrible, Joseph Stalin, and who often regretfully remembers the collapse of the Soviet Union, gives to his foreign guest a thing, which his country, his empire treats as the most precious, thus showing that Armenia is a part of his empire.

Imagine if the Prime Minister of the United Kingdom would present to his guests a box of Indian tea, thus reminding the times when India wasa colony of England and its rulers often presented such gifts to the honorable guests from other countries. If diplomats from the United Kingdom would allow such mistake to pass, they would make a huge and unforgivable mistake with some global repercussions. India would issue a note, etc.

In the aforementioned case of Putin’s cognac nothing happened. There was no global outrage and there was no reaction from Armenia. A conclusion can be made that, for example, Armenia has a certain place in Vladimir Putin’s created geopolitical concept of “the Russian world”, or, for example, that Armenian cognac has impact on Russian politics and diplomacy by making Russians, and sometimes influential foreign diplomats or politicians, to lose their heads.

From the first sight it would seem that everything is clear anddiplomatic demagogy cannot exist. Here are some facts: in 1993 the United Nations adopted resolutions Nr. 822, 853, 874 and 884 which claim that Armenians occupied Azerbaijani lands and waged unjustified war against Azerbaijan and its territorial integrity. The UN recognized “Nagorno-Karabakh” as a territory of Azerbaijan.

Everything would be different without this“cognac democracy”. It makes leaders and politicians lose their minds and it serves twisted imperialistic policies of Russia. It is now more than 20 years since Armenia ripped a large chunk of Azerbaijan’s territory. Armenia departs from decisions of the UN and pours more fuel to the already hot atmosphere in South Caucasus region. Tens of thousands killed. More than one million Azerbaijanis can not return to their land. They are refugees for more than two decades.

This enmity is advantageous not only for Russian imperialists, but also for some politicians of the European Union. If global organizations would have been more principled and unbiased, a verdict would have already been passed. Armenia would have been asked to withdraw its soldiers from the foreign territory in a given period of time or, in the worst case scenario, economically and militaristically stronger Azerbaijan could use its brave soldiers to push the aggressor out of its land, without any foreign intervention.

We say“the worst case”because it would mean more victims, mothers would lose their sons, wives–their husbands, and stray bullets would take away more than one civilian life. It would remind a painful but necessary medical surgery which would result peace – region, known by its astounding beauty and plentiful natural resources, would be able to evolve and go forward.

Unfortunately, at the moment all three countries are suffering – Azerbaijan and Georgia feel pain for illegally taken territories from them and their people turned refugees, whereas Armenia probably also feels no joy inthis dishonest administrationof foreign territory, especially when Armenia is not a sole independent governor of Nagorno-Karabakh.

It reminds of old Soviet animated show, in which Cheburashka wants to help Gena the Crocodile by taking his heavy bag, but only if the Crocodile agrees to carry both Cheburashka and the bag on its back. In reality Nagorno-Karabakh, along with Abkhazia, Transnistria, South Ossetia, Donetsk and Lugansk “Peoples’ Republics” are governed by Russia, including Armenia itself as its colony.

All because of the cognac diplomacy, which brings only mist and obscurity. NATO and the USA cannot make a full impact on this region and not because it would open another conflict with Russia (Russia has military bases in Armenia) but because of large and powerful Armenian diaspora in the US which has similar power as other powerful American diaspora. And when Obama became president, Armenia hoped to make its occupation of Azerbaijani territories legal.

Another important thing is the experience of NATO when interests of its two members – Greece and Turkey clashed. Any major move from NATO towards disagreement of Armenia and Azerbaijan would mean a renewalof conflict between Turkey and Greece, and the latter would probably take Armenian side.

The European Union plays many games at the same time. The EU does not want to lose influence over Armenia so it does not treat Armeniaas aggressor nor does it impose any economic sanctions. On the contrary – the EU at all costs tries to attract Armenia into its sphere of influence. At the same time political architects of the EU are busy attracting Azerbaijan as well, which could be a solid alternative for a monopoly of Russian gas in Europe.

Thus many bureaucrats of the European Commission and members of the European Parliament often visit Yerevan where they are treated that drink, which Joseph Stalin used to check Winston Churchill’s vigilance. However,Churchill was not only a professional politician, but also a professional alcohol consumer. A taste of good, brandished and strong drink did not impress him and he denounced expansion of the Soviet empire, occupation of the Baltics and forced socialism in the Eastern Europe.

Unfortunately, such personas intoxicated with Armenian-Russian diplomacy can be found in Lithuania as well. In previous Seimas a “Parliamentary group of friendship with Nagorno-Karabakh” was established and initiated by Algis Kašėta and Dalia Kuodytė, active members of The Liberal Movement, and which encompassed many parliamentarians from different fractions, thirsty for cognac of Armenian diplomacy. Leader of this political party Eligijus Masiulis was caught taking a bribe – a large sum of money was hidden in a box of expensive liquor.

The group was invited to Yerevan, but somehow, as if by accident, they all ended up in Nagorno-Karabakh. This visit was not coordinated with a legitimate sovereign of the territory – Republic of Azerbaijan. For Azerbaijan it was like a spit to the face. Later Azerbaijani Community in Lithuaniaasked members of our parliament, if they are also planning to establish a “Parliamentary group of friendship with Taliban”? There was no answer.

To sum up, we could say that while Western countries drink diplomatic cognac and play diplomatic poker, Russia is getting stronger and increases its influence around the globe. Russia has goals; it does not denounce its Tsardom politics or its totalitarian legacy of the Soviet Empire. Russia stays on the road of cruelty and ignorance carved by Tsar Ivan the Terrible. This country has not apologized to its former exploited colonies. Russia retained as much of them as it could. It tries to influencethose who managed to escape by using various informational, economic, cultural and military means, waiting for a good opportunity to “take them back” as it “took back” Crimea.

Russia can only be stopped by honest and hard politics of Western countries. One of the aspects of such politics should be following the resolutions of the United Nations.

In conclusion, let us wish Azerbaijan success in taking back its historical lands. Everything is possible, as an example of Lithuania shows. In the 20th century it was torn from all sides, but now it took back mostof its precious lands, including capital Vilnius and port city Klaipėda.

And let us wish Armenia to say goodbye to things that do not belong to it. With a release of Nagorno-Karabakh it could receive even more valuable thing – freedom and the real independence. 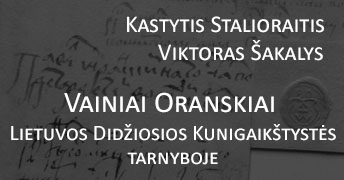 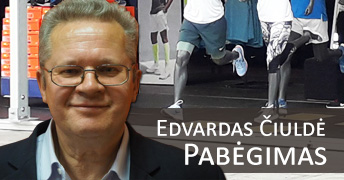 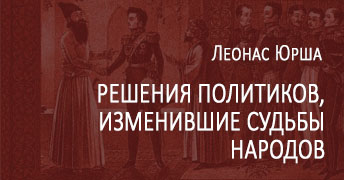 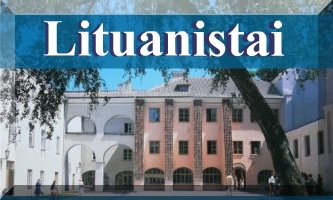 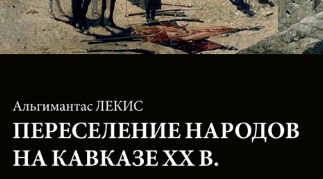 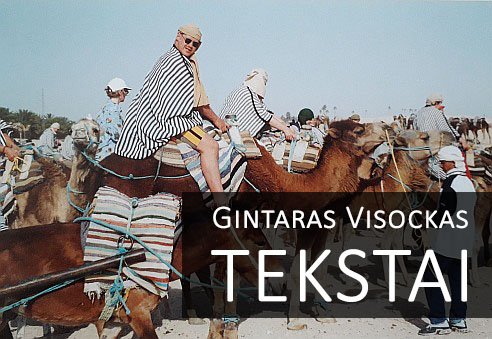