No one would expect that I dislike Edward Lucas, a well-known British writer and security-policy expert. A number of his problematic articles on international security were republished at my personal website since 2013. At least one article per year. Countless times I cited his comments that appeared in the press.

Why am I grateful to Edward Lucas?

I acknowledge Edward Lucas for his sober-minded attitude towards Russia. I think that his critical attitude towards Vladimir Putin is correct. The West too much and too often appeased Kremlin. That is why this Eastern neighbor became so insolent, angry and aggressive, neglecting international rules. Summarizing Lucas’ insights from 2016, we could single out one major European problem: “for too long the West did not believe that Russia could attack, while Russia still does not believe that the West is ready for a serious defense”.

I am also grateful to Edward Lucas for his exclusive interview that he agreed to give for my personal website Slaptai.lt “I am not sure, that we will win this time” (2014). A pretext for that interview was Lithuanian translation of Lucas’ book “Deception. Spies, Lies and How Russia Dupes the West”.

Shortly, I still consider Edward Lucas to be an important, influential and sincere lawyer of the Baltic States. He defends us from the aggression of Moscow as well as from the indifference of the West. I think that his observations, comments and books opened the eyes of many politicians working in London and other European capitals. Politicians who still try justifying Kremlin’s actions from the point of view of morality or pragmatism.

No doubt, Edward Lucas is right claiming that a decade of the Eastern Partnership is “the time for sober-minded reflection and not the time for congratulating ourselves”. The most important victories have not been achieved yet. This Partnership has a trail of failures, misunderstandings, treasons and many victims.

Of course, drawing members of the Partnership towards the EU standards is correct tactics. However, good intentions are not enough. There is still a need for willpower, persistence, and finally – a strong fist. It is a shame that spoiled, sleepy and bureaucratic Europe did not have will nor determination to parry Kremlin’s attacks – to defend countries that were invited to the “Eastern Partnership” initiative. Metaphorically speaking, Europe betrayed them: countries were lured and later, when Russia started to shoot, they were left alone to defend from deceptions of Vladimir Putin’s team. The EU pretended they forgot that Russia favors power over talks.

Naive Eurocrats also mistakenly thought that the “Eastern Partnership” is beneficial to Russia because apparently Kremlin should be pleased by prospering neighboring countries. Primitive Eurocrats did not think of the worst: Vladimir Putin needs weak, barely breathing neighbors as only then they can be influenced.

I agree with such Lucas’ insights. However, I was confused by the following idea: “a modest progress achieved by domestic efforts can be noted in Armenia”.

Is Armenia really a progressive state? Sure, Serzh Sargsyan was substituted by Nikol Pashinyan, but Yerevan still do not carry out its most important and relevant demand from the West – to withdraw its occupying troops from Nagorno-Karabakh which belongs to Azerbaijan. Moreover, according to statements of Armenian diplomat Zohrab Mnatsakanyan, the 102th Russian military base near Gyumri city will remain there till 2044.

So, where is this so-called Armenia’s progress if it does not uphold rules of international game and attacks its neighbors like Russia does? How does Brussels and Strasburg imagine pulling Armenia towards standards of the EU? Together with the Russian troops? Is that not an insult to internationally honorable Belarus, Georgia and Azerbaijan to talk about the slightest Armenia’s progress?

Unlike Armenia, Belarus, Georgia and Azerbaijan did not occupy a single foot of other countries’ land. In my opinion, this is very important. This should be the main condition while inviting countries to the family of Eastern Partnership. First of all, return your neighbor everything you illegally took from him and only then ask for invitation. Not the other way. Until Armenia has not returned Nagorno-Karabakh to the rightful owner, I see invitation of Armenia to Europe to be the biggest and the most stupid European misunderstanding. While there is no strict distinction between internationally honorable and aggressive countries, we only further incite military conflicts.

To make these nuances clear, I wrote a letter to Edward Lucas asking for some clarifications.

Here follow some excerpts from my letter. “Strangely enough, the conflict of Nagorno-Karabakh was not mentioned in your text at all. I guess you don’t mind Armenian occupation of 20 percent of Azerbaijanian territory. Why you don’t blame Yerevan for escalating an armed conflict in Caucasus region? Do you think that the territory of Nagorno-Karabakh does not belong to Azerbaijan? Don’t you know that NATO and the EU support territorial integrity of Azerbaijan and Nagorno-Karabakh? Do you think it’s not important that almost one million Azerbaijanis cannot return to their homeland? Are you based by religion, that Armenia is a Christian country and is some what closer to your heart than Muslim Azerbaijan? Aren’t you familiar with the real causes of Azerbaijan – Armenia conflict? Do you think that this topic is not important or relevant? Don’t you know that Armenia still has a Russian military base present and it’s not going anywhere. Is dragging of Armenia, together with Russian soldiers located in Gyumri city, towards the EU can be just a simple political misunderstanding?”

Edward Lucas answered with the following: “I am sorry you didn’t like the article. I think you should be careful about imputing bad faith though. Just because I don’t write about something doesn’t mean I have a view one way or the other.  These articles are strictly space-limited (600 words) so I can’t include everything. However, I do think that the fact that the Azeri authorities have banned ticket applications from fans who have surnames ending in -yan or -ian is a pity, as is the fact that a British-Armenian football player is not able to travel to Baku because he won’t be safe there.

The way Azerbaijan behaves in the Council of Europe is appalling — if you haven’t read the two – part “Caviar Diplomacy” report I strongly recommend it. That doesn’t mean that Armenia was or is right in the NGK dispute. But I would be cautious about assuming that this is a story with a simple division between good and evil”.

Armenian surnames – not the strongest argument

I am grateful to Edward Lucas for his answer. However, after reading his explanations, new questions came into mind. For example, it’s doubtful that Azerbaijanian government would ban sports fans from entering the country only because of their Armenian surnames. Official Baku has bad experience on that matter: some of the politicians, athletes or journalists that come to Azerbaijan have tendency to slander this hospitable country later. Imagine that: they were greeted improperly, they were threatened, secret services tried to recruit them, etc. They slander Azerbaijan not because they suffered some inhospitalities, but because such was their real mission: to visit Azerbaijan just for few hours and tell imaginary stories later. There were plenty of cases when someone tried to enter Azerbaijan with some mission given by Armenian secret services or Armenian diaspora. Has Edward Lucas never heard of that?

I also tend to believe that Edward Lucas is wrong about appalling behavior of Azerbaijan in the Council of Europe. I would like to remind him that not only the two-part “Caviar Diplomacy” report is available publicly. Preceding the “Caviar Diplomacy” there was yet another published report about behavior of Armenian representatives.

Arguments of ESISC cannot be concealed

The unfavorable report for Yerevan was issued not by Azerbaijan or Turkey but by European Strategic Intelligence and Security Center. It’s field of interest is dangers to the western civilization. This intelligence organization was founded in Brussels, 2012.

Namely ESISC, in its official website www.esisc.org, identified a committed and biased group of members of the European Parliament which are supported by lobbyists of Armenian diaspora and which have a goal – to do serious impact on European countries while interacting with Central and Eastern European countries. Azerbaijan is one of the targets of these MEPs. According to ESISC analysts, this group has a number of measures that secretly puts a huge pressure on Azerbaijan in regard of international opinion. According to authors of this ESISC report, large, influential, anti-Azerbaijanian, and at the same time pro-Armenian, lobbyist group of MEPs formed in 2012.

This ESISC report is not confidential and can easily be found. It lists secret connections of The Organization for Security and Co-operation in Europe (OSCE) and Parliamentary Assembly of Council of Europe with foreign Armenian diaspora, Armenian officials and George Soros’ fund. Their goal was to make Nagorno-Karabakh a territory of Armenia by legal means. Website Slaptai.lt wrote about it in September, 2017.

Thus, it is always strange when politicians, journalists and observers welcome only the “Caviar Diplomacy” and conceal the arguments of ESISC. 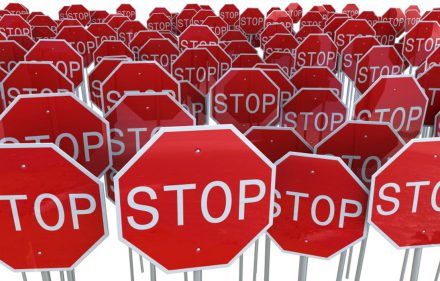 Gintaras Visockas. Awkward topics on the eve of February 16