This article is part of our series „Notes from the Field: EU Defamation Laws and Journalism„, in which the International Press Institute (IPI) takes a closer look at the application of defamation law in EU countries, seeking to illustrate the practical consequences of these laws upon both individual journalists and the free flow of information necessary for democratic governance. The country-specific articles here also include the results of IPI’s research into the respective national defamation law. This series complements IPI’s ongoing research, advocacy and capacity-building work on defamation in the EU, which you can read more about here. 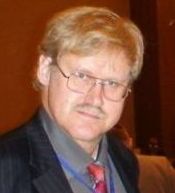 “During this time, I had conducted hundreds of interviews with Lithuanian and foreign generals,” Visockas told IPI in a recent email interview. “I also conducted various journalistic investigations on subjects such as the pranks indulged in by enlisted soldiers, the real and imagined sins of officers on corruption in the military, on arming the military with inappropriate weaponry, and on the unwillingness of younger men to serve in the Lithuanian army.”

Despite covering all these potentially delicate issues, Visockas never encountered a problem with military officials or the Lithuanian government. That changed drastically in 2009.

At the time, Lithuanian politics were in a period of transition. A new, leftist government had taken power and presidential elections were to follow. Visockas’ career had also undergone important changes: the funding that supported his reporting for Vastieciu Laikrastis had been stopped, so he decided to go into business for himself, creating the online news site www.slaptai.lt.

“As all the advance polls had indicated that [Jezerskas] had no chance of winning (as all the later polls indicated and final election results confirmed), this raised my curiosity as to why he was actually participating in this election, or rather from whom was he attempting to take away votes,” Visockas said.

Visockas published an article on his website in which he wrote that, during Soviet rule in Lithuania, athletes in combat sports had been under the control of the KGB. The general, a former wrestling champion, felt offended by the article and brought criminal defamation charges against Visockas.

Visockas was then put on trial.

He recounted: “I was brought in to a court where murderers, recidivists, and rapists were being tried. This I find hard to understand. How can a journalist be tried in the same court? Can journalistic activity be compared with murders?”

“The various problems connected with this case were still very large,” he said. “For two years, I was neither cleared nor convicted. Although the consideration of my case in court did not stop my journalistic activity, it still was hard to at the same time litigate, prepare for court and at the same time to conduct investigative journalism if only to secure sufficient income for my own upkeep, but also for the payment of attorney expenses.”

Visockas was convicted of criminal slander and defamation and ordered to pay Jezerskas 50,000 litas (approx. €14,000) in compensation. He was also sentenced to pay a further sum in court and bailiff fees. His monthly income at the time was around 2,000 litas.

Usually, under Lithuanian law, convicted offenders would be allowed to replace the court fees with a prison sentence of an established length. That appealed to Visockas, who said he had previously worked as a gardener in England and a night postman in Denmark in order to underwrite his journalistic career

“I had calculated that I could cover at least the court’s expenses by serving a term of about 40 days in jail,” he said. “This would have greatly lightened my financial burden. But it was unofficially explained to me that this ‘privilege’ would not be extended [to] me as the court did not have any wish to lighten my financial burden. It would be better for them that I would be forced into bankruptcy. They also did not want that by sitting in jail, I would attract additional attention from the Lithuanian populace. The government, including the judges, did not want any additional noise or attention and criticism from any foreign international organizations.”

Several years later, Visockas continues to pay down his financial obligations in small amounts each month on top of paying a portion of the fees for the defence lawyer he hired.

Visockas said he believes that the conviction follows a very dangerous model that allows for government control over journalists.

“A conviction for slander and defamation is for me a great burden,” he explained. “It is also a very effective means of controlling journalists who refuse to accept the official government versions of the events written about. It is also an excellent way of frightening journalists into not questioning the positions taken by the government, its various agencies or the courts. Thus if you voice an opinion that is contrary to that held by the Lithuanian government or its courts, this can mean that you have slandered them.”

Visockas continues to report on Lithuanian politics today. He publishes exclusively on his news site and refuses to stop, even after the trial.

“Despite all my problems, I refuse to be pushed out of writing about controversial and complex themes,” he said. 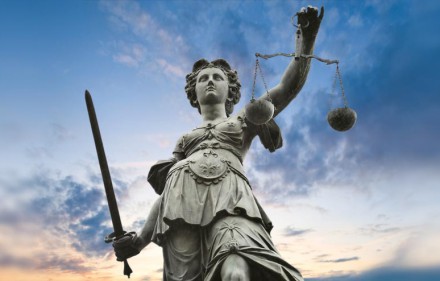