At the beginning of 2014, the Government of the Republic of Azerbaijan has embraced a series of projects in the areas of infrastructure development and public works as well as introduced a number of socio economic reforms which are considered to be of high priority in order to ensure stable economic growth and better living standards for its citizens. 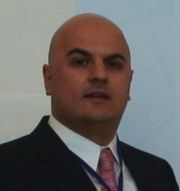 The nation’s financial stability, growing international reputation and respect for the rule of law have been essential towards the completion of many infrastructure projects in Azerbaijan and is working tirelessly to ensure the completion of the natural gas supply lines nationwide.

The positive image of Azerbaijan in the World has made Baku one of the most attractive destinations for large multi-national corporations and real estate investors.  As many foreign visitors have experienced in their recent visits, the quality of infrastructure projects in Azerbaijan is first rate, additionally the urban planning policies and governmental rules are considered to be among the best in the world.  At the same time the relevant agencies in the Government of Azerbaijan have paid a great attention to quality control and have always maintained the completion of public works on schedule.

The Rural Roads National Fund is allocated appropriately and continues to grow its budget every year, therefore a large part of Azerbaijan’s rural population have access to good roads. However many roads require further maintenance and expansion. The construction of rural roads occupies a special place in the third Regional Development Program of Azerbaijan; additionally the President has allocated additional funds from his Contingency Fund in order to benefit this vital sector.

Rural roads are greatly needed in some remote areas of Azerbaijan and the Government of President IlhamAliyev is working tirelessly to address these challenges.  In the next three years, the government of Azerbaijan will inaugurate a nationwide paved road system that will be very reliable to all its citizens and set a positive example in the region.  Additionally, Baku has invested large resources on other infrastructure projects consisting of electrical grid systems and gas pipelines nationwide.

Fresh water lines and sanitation projects are currently being implemented throughout the country. The national budget has allocated significant resources in order to finance major investment projects that are already under way in major urban areas. In Azerbaijan there were many communities that have experienced difficulties for many years to have access to drinking water, now they have uninterrupted and round-the-clock supply of fresh water which complies with the standards of the World Health Organization. One of the high priorities of President Aliyev’s current administration is to build drinkable water lines on all cities and villages. The government agencies including „Azersu“ and the Ministry of Environment and Natural Resources are building water treatment plants of modular type in villages located along the rivers. Today, almost 500 thousand people living in these territories have non-stop access to a clean drinking water.

Irrigation projects are also a priority for the current administration of Azerbaijan. Baku expects to inaugurate the Shamkirchayand Takhtakorpuwater reservoir this year.  From these reservoirs there are flooded tens of thousands of hectares of land.  Both reservoirs will greatly improve the irrigation needs and supply sufficient drinking water in Azerbaijan.

In 2014, over US$20 billion was invested in the national economy. Such a large amount has allowed Azerbaijan to develop major projects in infrastructure and public works. Azerbaijan has one of the lowest inflation rates in the world.  Its macroeconomic stability is the main factor that ensures a stable economic development.

Agriculture has gained a special attention in the administration of President IlhamAliyev, as a result his nation has achieved impressive results in developing large agricultural farms and secured a prestigious place in the global market of agricultural and dairy products. Currently the conclusion of 19 large farms on an area of 30 hectares is under way. Substantial reforms are being implemented and they will ensure self-sufficiency in grain production for the whole population in Azerbaijan. The Government of President Aliyev is setting the standard by establishing large agricultural farms that operate within the world’s highest standards. The main priority of the agricultural sector is to expand its presence in the international markets and increase the quantity of agricultural products being exported to Europe.

As the level of product quality is significantly improving, the agricultural exports of Azerbaijan are expected to increase in the coming years. At the present, Azerbaijan has a variety of high quality consumption products.  As the food processing industry and value added commodities of Azerbaijan gain a wider global presence, such a dynamic Foreign Trade Policy will constantly boost Azerbaijan’s aspirations to become very soon a full member of the World Trade Organization.

The current economic stability and macro – economic indicators make Azerbaijan a success story in Eurasia and a trusted partner of other multilateral organizations such as the World Trade Organization, Association of South East Asian Countries, G20, the Cooperation Council for the Arab States of the Gulf and many other multilateral bodies. It is President Aliyev’s principal objective to prepare his country to join the World Trade Organization and constant positive reforms in the agricultural sector will help make his country eligible to join the WTO in the near future.

In regards to national gasification project, this process has been steady and moving toward the right direction. In the next few years the gasification of Azerbaijan is expected to be distributed in over 95 percent of its territory. President Aliyev has been following the progress of this undertaking very closely and is informed on all the villages that have recently natural gas services available. Azerbaijan’s gas has also been heavily exported to Georgia.

Azerbaijan exports its own gas to the Republic of Georgia through a pipeline connecting two countries in the Gazakh region of Azerbaijan. The capacity of gas pumping through this pipeline exceeds 2.5 billion cubic meters per year. 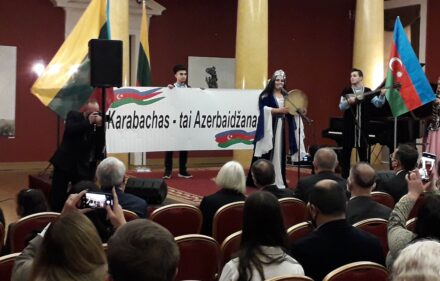